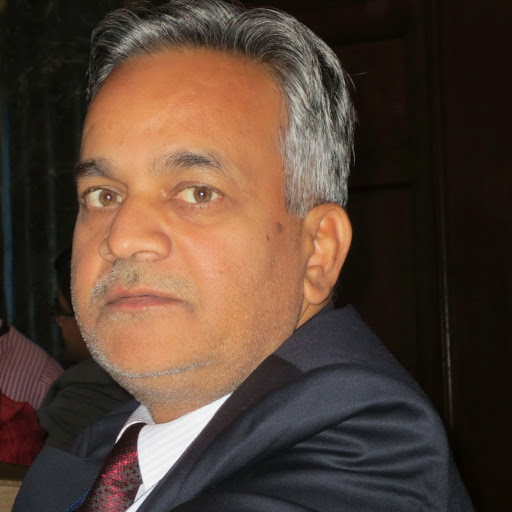 CBI to interrogate Sada Kant accused in corruption case
CBI set to question Sada Kant
Lucknow: The Central Bureau of Investigation (CBI) is all set to interrogate Uttar Pradesh cadre IAS officer Sada Kant. The investigating agency said Kant might be arrested if he did not cooperate in the interrogation process.
Kant, who was working as a Joint Secretary in Ministry of Home Affairs, has been accused of ignoring rules while awarding contract of border management roads to a private company and also for making confidential information public.
He has been charged with favouring a private firm in a project undertaken by National Project Construction Corporation (NPCC).
According to sources, the CBI had gathered evidences against Kant during investigation. Not only this, relatives of Sada Kant enjoyed air travels and other facilities at the cost of contractor from a private firm.
According to sources in CBI, Kant’s defence will be sought regarding evidences found against him.
Sources reveal that last year in October, Dehra Dun unit of CBI had filed a law suit against eight people and two companies regarding the alleged corruption in awarding contract for construction on Leh-Ladakh on India-China border.
General manager of Faridabad unit of NPCC and joint general manager of Dehra Dun unit have also come under CBI’s net. Also, a private company in Hyderabad has also been charged in this case.
During its interrogation, CBI had found out that Kant had ignored rules and benefitted from the situation and also appraised this fact to Home Ministry. Kant on central deputation was then sent back to his parent cadre.

Opposite Party :- State Of U.P.

Instant criminal revision has been filed against the order dated 16th of October 2008 passed by principal Judge family Court Lucknow in criminal case no.833 of 2006, under section 125 Cr. P.C by which the Principle Judge, Family Court, Lucknow has allowed the application under section 125 of Cr.P.C moved by opposite party no.2, and the revisionist was directed to pay Rs.12,000/- per month as maintenance from the date of filing of the application.

It was submitted from the side of revisionist that opposite party no.2 holds a degree in M.A. and is a journalist by profession. and has monthly income of about Rs.25,000 per month. Principal Judge, Family Court has ignored the fact that the take-home salary of the revisionist, after legal and legitimate deductions, is only Rs,16,000 per month. Principal Judge, Family Court should have considered the earning capacity and qualifications of opposite party no.2 while deciding the amount of maintenance. Concept of prospective salary is alien to the provisions and the scope of section 125 Cr.P.C. Opposite party no.2 has every right and opportunity to move an appropriate application under section 127 Cr.P.C. to get the maintenance amount enhanced whenever occasion arises. It was also argued that normally the maintenance amount is to be granted from the date of order and in exceptional cases after giving the reasons the court can pass orders for providing maintenance from the date of application. It was also submitted that Principal judge has not given cogent reasons for granting maintenance from the date of application.

It was submitted from the side of opposite party no.2 that the revisionist is an IAS officer and after 6th Pay Commission he is getting much more salary than what he was getting at the time of filing of the petition. Elaborating the argument it was submitted that six pay commission has been implemented and the benefits to the employees have been given from the year 2006, and hence the maintenance amount is not excessive, but rather it is on the lower side, hence no interference is required in the maintenance amount. It was also submitted that it is the discretion of the court to grant the maintenance either from the date of application or from the date of order. It was also submitted that the criteria for assessment of maintenance has been described in the case of Smt. Veena Panda @ Seema Panda v. Devendra Kumar Panda, 2006 (24) LCD 677.

It was also submitted that proceeding under Section 125 Cr.P.C. is a summary proceedings for providing maintenance to the neglected wife since long, and in case of delay and without any fault on the part of the wife, there is no illegality in granting maintenance from the date of application. Learned counsel has relied upon the decisions of Paras Nath Kurmi v. The Sessions Judge, Mau and others, 1999 (2) J.I.C. 522 Allahabad; Rakesh Kumar Dikshit v. Jayanti Devi, 1999 (2) J.I.C. 323 Allahabad; Ashutosh Tripathi v. State of U.P. and another, 1999 (2) 763 Allahabad; Lakhpat Singh v. Judge, Family Court, 1999 (2) J.I.C. 764 Allahabad; and Sartaj versus State of U.P. and other 2000 (2) J.I.C 967 Allahabad.

Heard learned counsels of the parties and gone through the record.

The whole argument of Sri Amarjeet Singh Rakhara, learned counsel for the revisionist and Sri Praveen Tripathi, learned counsel for opposite party no 2, revolves round two controversies in this revision which has to be adjudicated upon by this court; (1) whether the principal Judge family Court was justified in granting the maintenance from the date of application? and (2) whether the amount of maintenance is sufficient or excessive?

So far as the first controversy is concerned, section 125 (2) of Cr.P.C. is very specific. It reads as follows: –

In the case of Rakesh Kumar Dikshit (supra) especially while you were given that her husband has delayed the disposal of the case. In the case of Ashutosh Tripathi (supra),the court has granted maintenance from the date of application considering the material evidence and having regard to the fact that husband has filed a suit for divorce and wife has filed a criminal complaint under section 498A IPC against the husband and visualising the tense atmosphere between them.

In the case of Sartaj versus State of U.P. (supra) too, this Court has mentioned that the order of the Judge family Court show that the husband tried to delay the disposal of the proceedings.

In the case of Seema Panda (supra) this Court, while considering the refusal to grant the maintenance by husband, has held that potential earning capacity, or that the wife can pull on for some time by selling her ornaments or she has fixed deposits cannot be ground for refusing maintenance. I am afraid this decision is of no help to the wife as the Family Court has not refused the maintenance and in this revision too granting of maintenance has not been challenged but the maintenance amount has been challenged on the ground of earning capacity of the wife. The potential earning capacity can be considered or ought to have been considered while deciding the amount of maintenance. It is to be noted that the revisionist has while deposing about his income has a stated that his total salary, after all deductions is Rs.16,000/-. The salary slip for the for the month of July 2008 has been filed, according to which his gross salary is Rs.49,692/- per month. The deductions for G.P.F, according to the impugned judgement is Rs.5,748/-. The Court below has allowed 10% deduction for income tax. Excluding all other deductions which the revisionist has claimed, the net salary comes to Rs.39,000/- approximately including the deduction for income tax. The court below has rightly not taken into consideration the monthly instalments of loans taken by the revisionist. Considering the take-home salary of Rs.39,000/- per month, the amount awarded for maintenance is excessive. The court below has considered the sixth pay commission report and presumed that revisionist might get Rs.70,000/- per month, of which there is no basis as pay fixation order etc. The Court below has also not considered the enhanced the income tax to be paid and the enhanced the GPF to be deducted from the above imaginary salary.

The plea of the opposite party no.2 regarding absence of the plea of granting of maintenance from the date of application bars the plea to be raised at this stage is also not sustainable. The ground or plea not taken in the revision can also be seen by the court as while deciding the revision the court has to see as to whether the order passed contains some illegality or irregularity. It is the Court which is to go through the impugned order and consider the irregularity or illegal. In matters of criminal or civil revision the court can suo moto call for the record and go through the order and this can satisfy itself regarding the order. In view of this it is immaterial whether any plea is taken in the memo of revision or not.

While granting the maintenance the courts have also to consider that whether the wife is able to maintain herself or not. While deciding this the court has also to consider the earning capability of the wife. Considering this aspect, this court is of the view that considering the salary of the revisionist at the time of filing of the application under section 125 Cr.P.C., which was about Rs.39,000/- per month, the amount awarded under maintenance is excessive. I find that when the revision was filed, this Court has directed the revisionist to pay Rs.6000/- continuously to the wife in each and every month for her maintenance from the date of the order passed by the family Court.

The revision is thus liable to be partly allowed and the judgement of the Principal Judge, Family Court dated 16th of October 2008 is liable to be modified to the effect that revisionist is directed to pay Rs.8000/- per month from the date of order of the Family Court to Smt. Namrata Devi continuously. The amount already paid shall be adjusted accordingly